Sound can be a source of pleasure and well-being, if it is the right kind, like beautiful music. But research has found that the wrong kind of sound, or noise, is also a major cause of health problems. According to the World Health Organization, western Europeans are losing millions of years of healthy life due to various noise-related health problems.

Exposure to high sound levels without hearing protection is obviously harmful. You only have to go to a rock concert or a firework display to understand how loud music and the explosive bursts of the fireworks can cause hearing damage. However, this type of exposure to loud noise does not usually last too long, and it is possible to wear hearing protection to prevent, or at least reduce, noise exposure. And we are all probably aware of these risks since they are so clearly evident.

Monotonous tones are relatively new in the history of human evolution

It is the sounds and noises to which we are exposed every day, in our homes and workplaces, that are more difficult to avoid. The monotonous tones that frequently surround us, and which are relatively new in the history of human evolution, have been shown to be particularly harmful to health. The babble of water in a stream, the wind in the treetops, birdsong and other natural sounds are modulated. But recent decades have seen humans spending more and more time in artificial environments, filled with all kinds of equipment and machinery producing monotonous tones that are sometimes more discernible or intrusive.

Exposure to noise can cause health problems

In the past few years, research has found that exposure to tones in the sound environment has serious consequences to an individual’s long-term health and well-being. Sound can have an effect on the body’s autonomic and hormonal systems and the World Health Organization lists a wide range of health problems that can be caused by noise pollution, including high blood pressure, increased heart rate, nausea, headaches and a number of psychological disorders such as aggression and mood swings.

Eliminate the generation of tones at the source

It is not just the volume of the noise that we need to be careful about, but also the kind of noise to which we are exposed. In the field of ventilation and indoor climate, the way forward includes a team effort, letting designers with acoustics knowledge set the relevant requirements and work together with skilful system providers who can supply the right products and solutions. Noise mitigation is a necessary first step. The second step is to design systems that minimizes the generation of harmful tones in general – which is of course easiest if the system can be built up by components that eliminate the noise directly at the source. 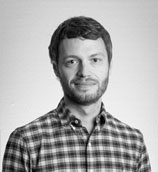 Martin is an industrial PhD student at Chalmers University of Technology and works as a Research & Innovation Development Engineer at Swegon. He has designed fans since 2011 and was awarded for his presentation about fan tonal noise at the congress FAN2018.

What is an API and why is it useful in my properties?

You may have seen or heard the acronym API, which stands for …

How to choose the right chiller