A traditional two-pipe system for heating and cooling may not be an optimal solution for buildings with mixed usage that combines, for instance, retails, offices and hotels. Besides, the southward side of the building facing the sun might require cooling at the same time that the northward side, in the shadow, might require heating. This demands a highly flexible heating and cooling solution.

Many, if not all, buildings over time require both heating and cooling. A traditional two-pipe system provides one supply line and one return line to be used by both the heating and the cooling units. In effect, the entire building can be either heated or cooled, as chosen by the user. The system works, but it’s not very flexible. For example, in modern buildings with large glass areas, the southward side facing the sun might require cooling at the same time that the northward side, in the shadow, might require heating.

Combine your 4-pipe system and with a polyvalent unit

A four-pipe system works even better if combined with a polyvalent unit. A polyvalent unit can provide both heating and cooling simultaneously, depending on demand. The combination of polyvalent units and four-pipe systems is especially potent when it comes to energy efficiency. Instead of simply transferring energy to or from the outside, like traditional heat pumps, the polyvalent unit can transfer energy between different parts of the building. The system might, if we return to the example modern glass building briefly, transfer heat from the sunny south side to the shadowy north side, killing two birds with one stone. With advanced algorithms controlling the system, it will at all times provide correct and precise amounts of energy to all parts of the building.

In short, the combined system is much more energy-efficient than traditional systems with separate heating and cooling. It consumes less energy, lowers emissions and saves money. The initial cost for a four-pipe system might naturally be higher than for a two-pipe system, but a polyvalent unit needs less investment than separate heat pumps and chillers. And the lower energy consumption and higher efficiency lower the operating costs significantly.

The four-pipe and polyvalent unit combination has become increasingly popular over the last few years, as more buildings benefit from requested simultaneous and asynchronous cooling and heating. Many modern buildings are for example designed for mixed use, with some parts being used for retail or offices, while other parts being dedicated to residential use, with largely differing load requests over the day or the week.

But the benefits are not limited to modern buildings – more and more older buildings are being retrofitted with four-pipe systems and polyvalent units as well. The increased energy efficiency alone makes the investment economical, not to mention he gradually stricter emission regulations. 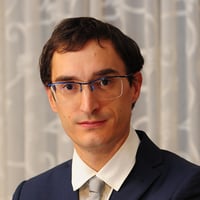 Alberto is product manager for cooling and heating products in Swegon. Alberto has a wide experience in HVAC products and renewable energy.

How green is your heat pump?

Right now, large investments are being made in green technology, and …

How to optimise your hydronic system

To optimise your hydronic system, you need to balance the work load …

Despite all industries currently focusing on minimizing the business …